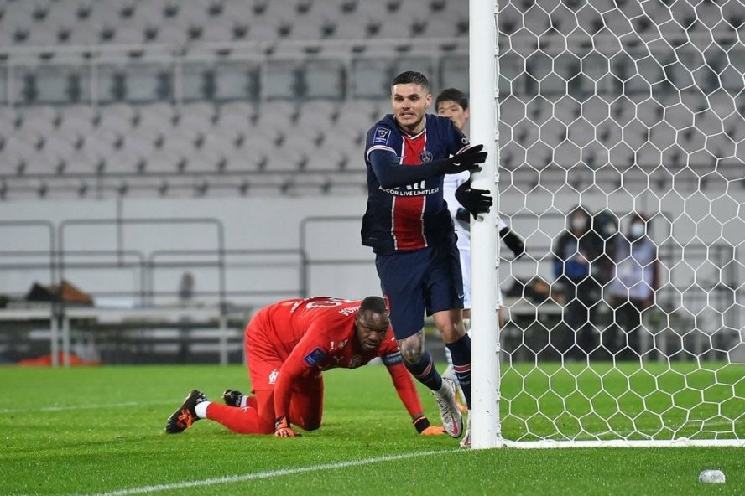 Mauro Icardi scored for PSG in their 2-1 Trophée des Champions win vs. Marseille.

Icardi made it two goals in his last two matches for PSG as he, along with Angel Di Maria, Leandro Paredes and new coach Mauricio Pochettino lifted the trophy. One Argentine was going to lift the Trophée des Champions one way or another as Marseille also had Leonardo Balerdi and Dario Benedetto on the bench. It was the Argentine who opened the scoring as Icardi would give PSG the 1-0 lead with a finish from close range.

Maurio Pochettino won his first piece of silverware in his 12 year managerial career with the win. The former Espanyol, Southampton and Tottenham man was announced as new coach of PSG earlier this month. This is the fourth Trophée des Champions for Angel Di Maria, the second for Leandro Paredes and the first for Icardi himself.