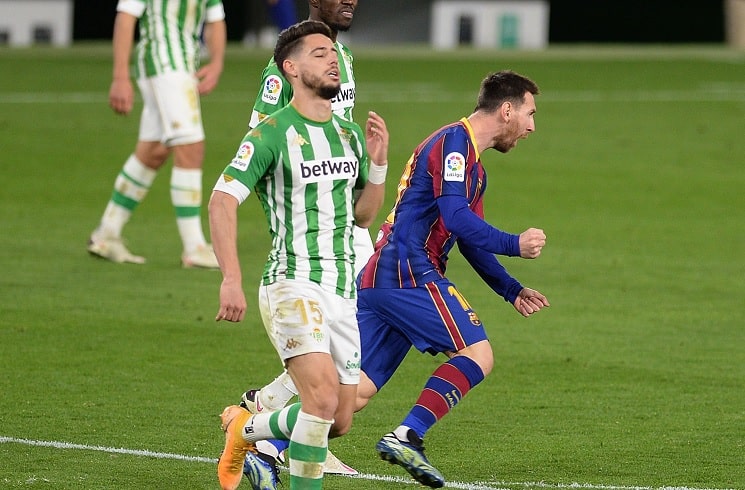 Lionel Messi came on as a substitute and scored for Barcelona in their 3-2 win vs. Real Betis.

Messi started the match on the bench for Barcelona and had an instant impact. It took him just 136 seconds after being substituted on to score for Barcelona to draw them level. A left footed shot from the edge of the penalty area beat the goalkeeper as he takes his goal tally to 17 in total for the season.

The Argentine was not done there as he played a part in the other two goals. A great pass cut through the Betis back line for the second goal while a chipped ball into the penalty area lead to the third goal.

MESSI WHAT A PASS 🤯🤯 pic.twitter.com/PeHNNtb6cw