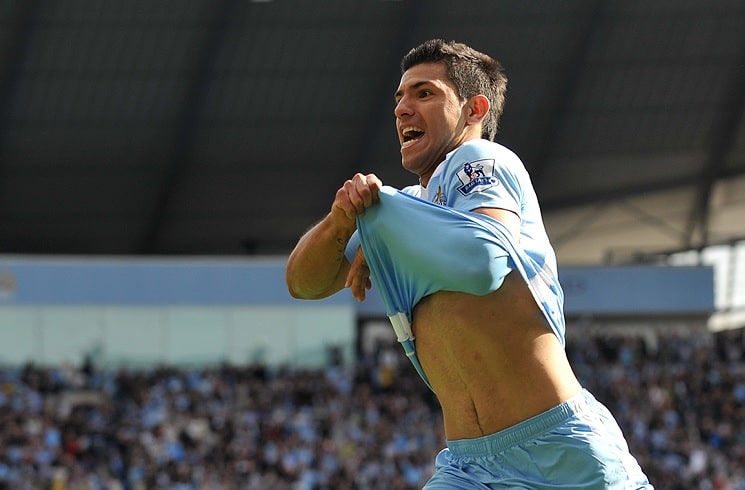 With it being confirmed that Sergio Aguero will be leaving Manchester City at the end of the season, several clubs are appear to be interested in signing the club legend.

Aguero will be leaving the club after 10 years with several championships in his trophy cabinet. Having joined City from Atletico Madrid in the summer of 2011, Aguero became an instant legend at the club in the first season. The famous last second goal vs. QPR to win Manchester City in Premier League after decades of waiting is no doubt one of the, if not the best Premier League moment in history.

During his time in Manchester City, Aguero became the club’s all time leading scorer as he is on 257 goals in 384 matches. Not only has he made Manchester City history but he has also made Premier League history. He is the foreign player with the most Premier League goals, as he is on 181 goals (in 271 matches) ahead of Thierry Henry who finished on 175 goals. He is also in the top five Premier League goal scorers, ahead of Frank Lampard who is fifth and just behind Andy Cole on 187 goals who is third.

With all of those accomplishments and accolades, the now 32 year old striker will be wearing a new shirt at the start of next season. While no official bids have surfaced, reports in the media have FC Barcelona, PSG and even Juventus as possible choices for him. The most interesting from an Argentine point of view could be that of Barcelona where he would join Lionel Messi, should Messi remain at the club.

PSG would see him play alongside Angel Di Maria, Leandro Paredes and Mauro Icardi while being managed by Mauricio Pochettino. A move to Juventus would have him along with Paulo Dybala. Where would you like to see Aguero play next season?