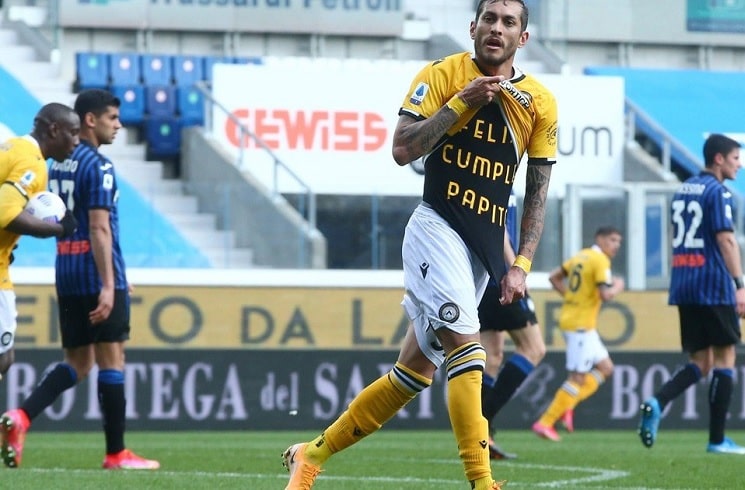 Roberto Pereyra scored for Udinese in their 2-1 loss vs. Atalanta.

Pereyra scored his fourth goal of the season as he played the full 90 minutes for the fourth match in a row. It was 2-0 for Atalanta as a pass found the Argentine on the edge of the penalty area and his first time effort would beat the goalkeeper to pull one back for Udinese.