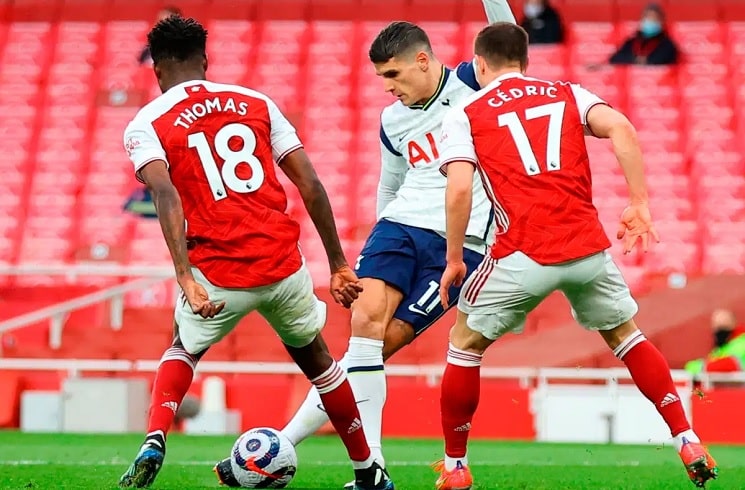 Erik Lamela’s rabona goal has won him the Goal of the Season in the Premier League.

It was Lamela’s only goal of the Premier League season but he made sure it was a memorable one. A North London derby against rivals Arsenal had the 29 year old start the match on the bench. After being substituted on, Lamela would score the first goal of the match to give Tottenham the 1-0 lead.

A rabona goal, twisting his left foot behind his right and striking the ball was enough to win his the award. Congratulations to Lamela on the goal.