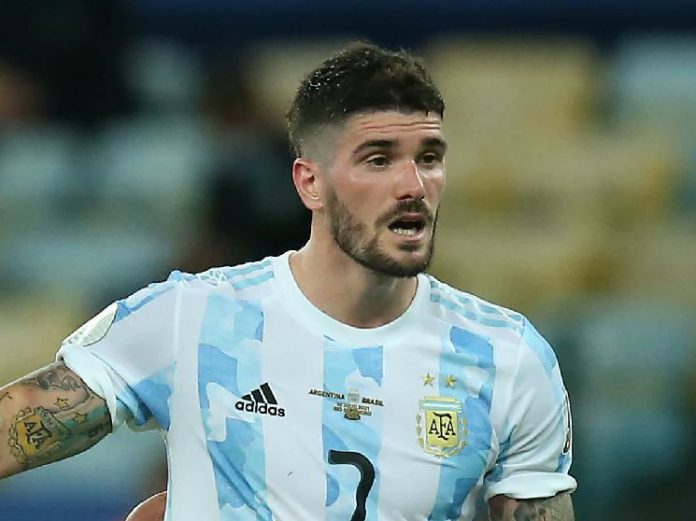 It’s been a great few weeks for De Paul. Having won the Copa America, he was linked with a move to Atletico Madrid and the former Udinese captain has left Italy and joined the reigning La Liga champions. Speaking with TyC Sports, De Paul commented about his vacation, winning the Copa America and joining Atletico Madrid. Regarding his holidays, here is what De Paul had to say:

“It was a short time but I enjoyed it with the family. I’m leaving with my batteries recharged, now with a new challenge which will be difficult but I am prepared to take on everything that’s coming.”

De Paul also spoke about winning the Copa America and how the Argentina team are as a group:

“We all love each other very much in the group, we enjoyed the 45 days where we were together. We are always in touch, not only what is seen but we’re all practically talking in some of the chats that we have. We had a good time and hopefully we get to see each other again soon.

“This belongs to everyone, those that were called and those who weren’t because they also made us stronger. I enjoyed it a lot and I’m super happy to have been able to bring joy to people.”

“We spoke with Cholo (Diego Simeone), I’ve arrived to a big team, the latest champions. The objectives and the idea is to compete to the maximum, to always try to be protagonists.

“I believe I am prepared for that, I like the challenges and it’s one of the most important of my career. With work, everything is possible. I’ll never dodge it because it’s what I love and what I like. It’s a great moment, hopefully it’s not the peak of it and there’s much more.”