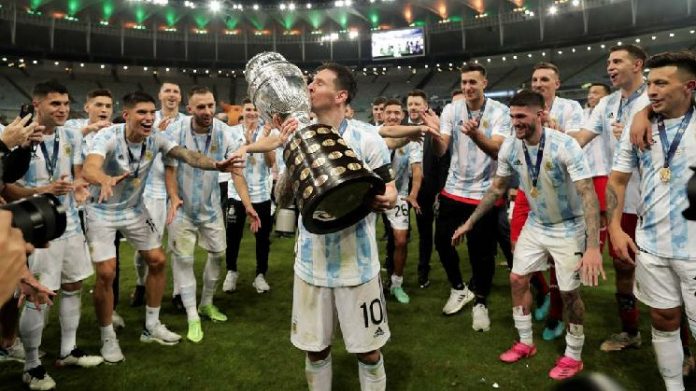 Menotti will forever go down as an Argentina legend. Having coached the national team to their first ever World Cup in 1978, Menotti is seen as one of the brilliant minds to come out of Argentina. In his interview, he spoke about current coach Lionel Scaloni. Here’s what he had to say:

“Quietly, I could have looked for another alternative but I am absolutely responsible for the decision of selection Scaloni and because of this success. I’m responsible because that is why the AFA called me.”

In addition to Scaloni, Menotti spoke about Messi and winning the Copa America:

“Messi at his best in every sense: Physically, he’s someone who always prepares, who has not had any major injuries. Emotionally, I also see him that way. Today is Messi’s best moment because I see him happy not just because of the win but because he is surrounded by people who love him.

“With the Argentina national team, Messi did the impossible to become a champion.

“Diego alive would surely have been very happy with this title. He would have surely hugged Messi and the both of them would have cried.”