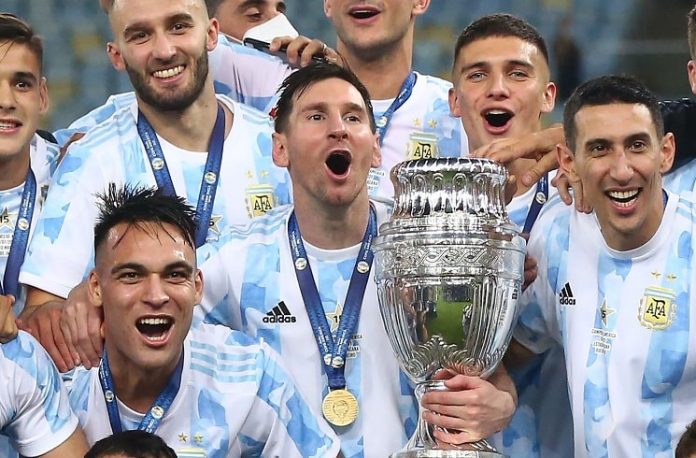 Lionel Messi and Lautaro Martinez have been nominated for the 2021 Ballon d’Or.

Messi once more finds himself being nominated and one of the favorites for the Ballon d’Or award. With the Argentina national team, Messi won the Copa America and at club level, he lifted the Copa del Rey with former team FC Barcelona.

Now with PSG, Messi is one of the favorites to the win the award to add to his collection of six which he has already won. He finished last season with 38 goals and 14 assists in 47 matches.

With the Argentina national team, he scored four goals and had five assists in seven matches as he lifted the trophy.

Lautaro Martinez has also been nominated. With his club Inter, he won Serie A scoring 19 goals and providing 11 assists. Of those 19 goals, 17 of them were scored and 10 of them were assisted in the league. He has five goals in six matches this season.

Martinez won the Copa America with Argentina as he scored three goals in the process. Here are the nominees: