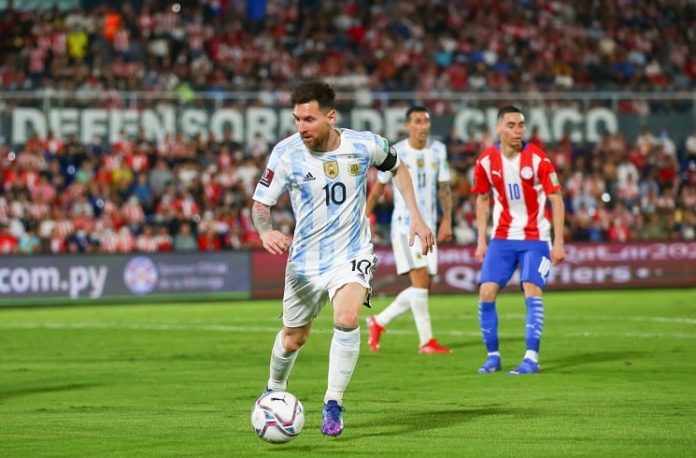 Lionel Messi and Lautaro Martinez are set to start for Argentina, after Lautaro missed their 0-0 draw vs. Paraguay due to muscle fatigue.

Messi is reportedly carrying a slight knock in his left foot. According to TyC Sports and TNT, he has been carrying the knock for some time. However, those who played against Paraguay did exercises in the gym on Friday and Lionel Messi was one of them. He is expected to start against Uruguay on Sunday.

Lautaro Martinez has been the undisputed striker for Argentina but coach Lionel Scaloni left him out of the squad for the last match as he was not fully fit. Lautaro was back in training on Friday as he trained with those who did not play in Thursday’s World Cup qualifier.

Martinez is set to start and Scaloni does appear to have one doubt. Marcos Acuña was substituted out for Nicolas Tagliafico in the second half of the last match and that is what Scaloni is reportedly contemplating. It would be one of Acuña or Tagliafico starting against Uruguay on Sunday. According to several reports out of Argentina, this is the rumored eleven: