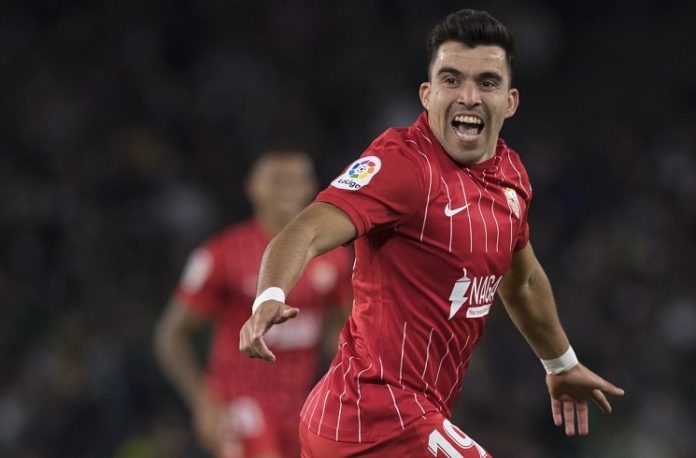 Marcos Acuña scored for Sevilla in their 2-0 win vs. Real Betis.

Acuña scored his first goal fo the season for Sevilla with a great strike from the edge of the penalty area. Acuna had a shot that was saved by the goalkeeper minutes before opening the score.

The Argentine received the ball on the edge of the penalty area and a left footed effort gave Sevilla the 1-0 lead.

Real Betis had both Germán Pezzella and Guido Rodriguez starting as Guido was sent off after two yellow cards. For Sevilla, they had Acuña, Gonzalo Montiel, Erik Lamela and Lucas Ocampos all starting.