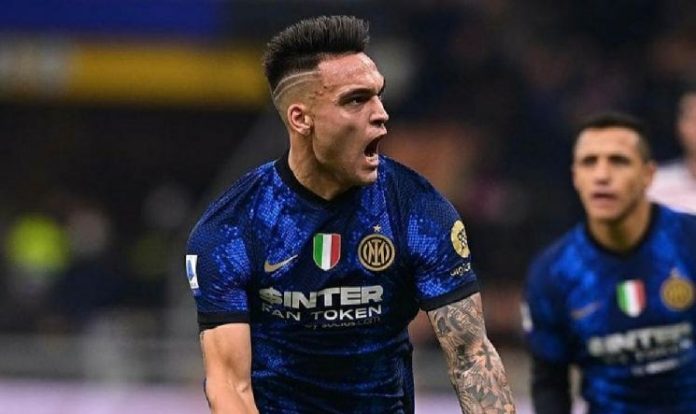 Lautaro Martinez scored twice for Inter in their 4-0 win vs. Cagliari.

Martinez has now scored in his last four match, managing five goals in those four games. The 24 year old scored two different types of goals in the win as Inter were awarded a corner kick, the cross into the penalty area and Lautaro would score a header to give Inter the 1-0 lead.

Inter were awarded a penalty before half time and it was Lautaro who took it. His penalty was saved as the goalkeeper went the right way and stopped it.

The Argentine would make it 4-0 as he received the ball inside the penalty area, he would chest it down and score. Lautaro is on 10 goals in the league this season.