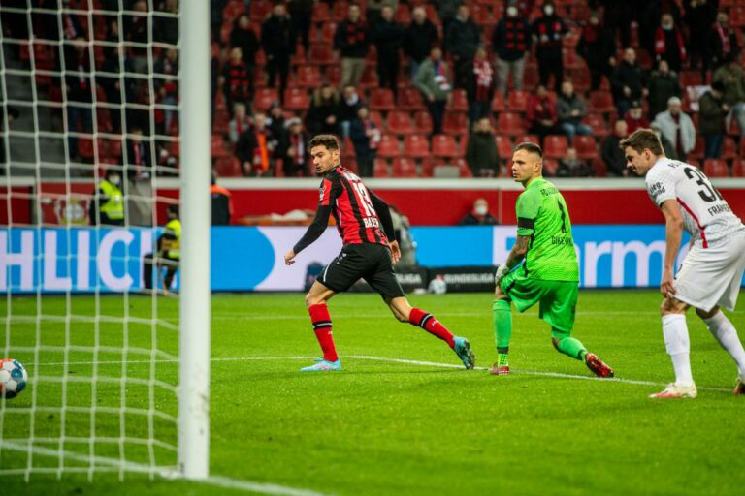 Lucas Alario scored for Bayer Leverkusen in their 5-1 win vs. Augsburg.

Alario scored his first goal since September of last year for Bayer Leverkusen. The 29 year old was brought on as a substitute for Leverkusen and with the score at 4-1, would score the last goal.

A pass into the penalty area found the Argentine as Alario scored with a back heel to make it 5-1 for Leverkusen.