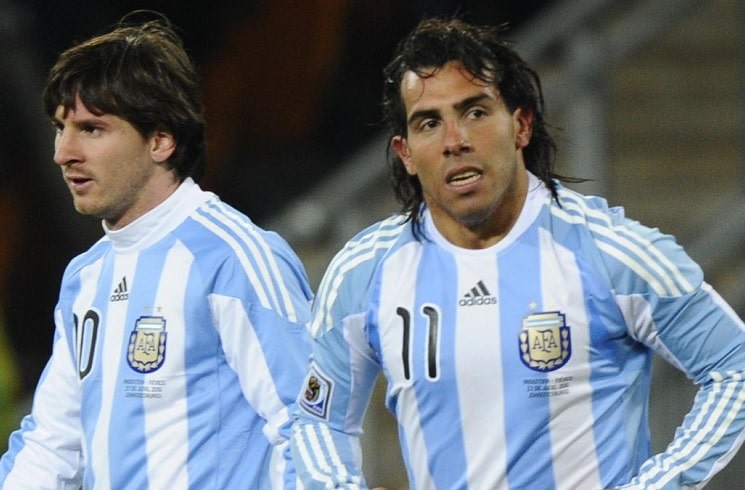 Tevez is no longer part of the Argentina national team and stopped playing in Europe years ago. However, he had an illustrious career both in South America and in Europe.

“What it seen is that they are happy, very comfortable. A good group has been put together. It’s what the people are identifying with. The entire Argentine people are enthusiastic about the national team. They took a load off their backs.”

He was also asked about Lionel Messi and Cristiano Ronaldo:

“They are two greats. I felt comfortable with them both. I enjoyed both and learned from them. They are both out of the ordinary.

“With Cristiano, I lived the day to day and with Leo, it was with the national team. They are from another planet. They are still part of football’s elite and that is very difficult. It’s something to admire. You have to tip your hats off to those kinds of players.”

The 37 year old was asked to pick between Lionel Messi or Diego Maradona:

“Both. They are both Argentine. At times, we fight about it more than the people from outside of the country. The argument has always been made by us. We have to enjoy it.”