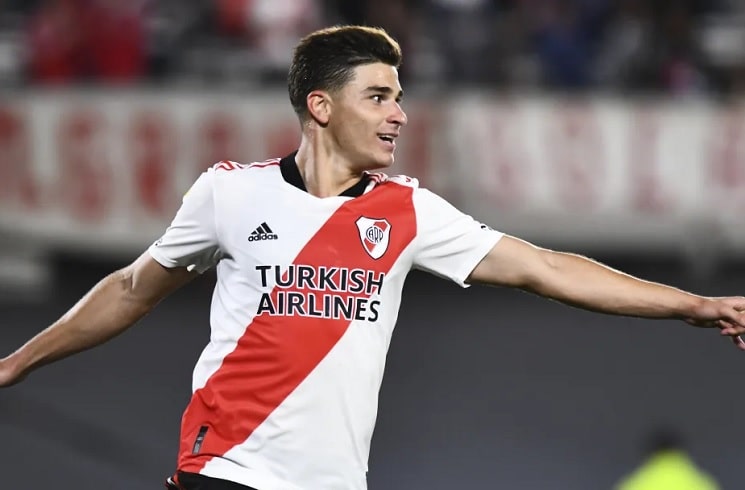 Julián Álvarez will stay at River Plate on loan until at least July 2022 where he will later join Pep Guardiola’s team. The 22 year old has signed a five and a half year deal with the club.

Txiki Begiristain, the Manchester City director of football, had this to say about the signing:

“Julian is a player we have monitored for some time. He is capable of operating in a number of attacking roles, and we firmly believe he’s one of the best young attacking players in South America.

“I am so happy we have managed to bring him to Manchester City. I really believe we can provide him with the right conditions to fulfil his potential and become a top player.”

Álvarez is presently with the Argentina national team where they will play Colombia in a World Cup qualifier on Tuesday.