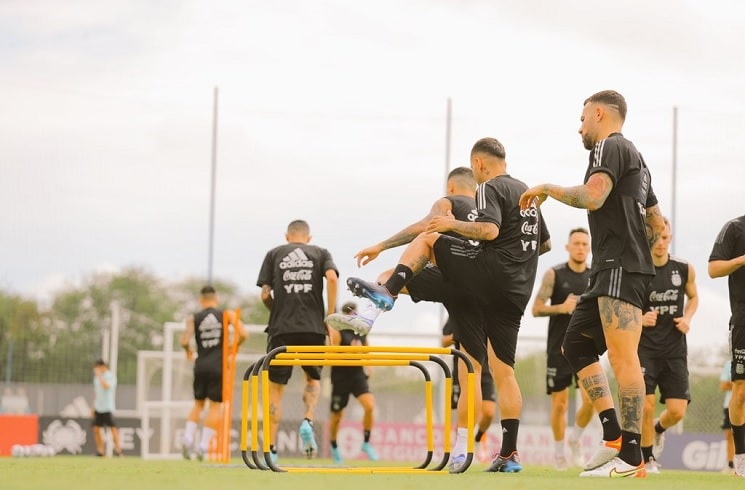 Argentina national team coach Lionel Scaloni held another training session as changes will be made for the World Cup qualifying match against Colombia on Tuesday.

With no Nicolas Tagliafico, Nicolas Otamendi, Rodrigo De Paul and Leandro Paredes who are all suspended, Scaloni will start different players in their place. According to TyC Sports, it’s going to be Gonzalo Montiel who starts in place of Nahuel Molina.

In midfield, Guido Rodriguez has recovered from COVID and will start in place of Leandro Paredes. Gio Lo Celso is back in the eleven while one of Alejandro Papu Gomez and Lucas Ocampos would occupy the other spot in midfield.

Up front, Angel Di Maria keeps his place while it’s between Nicolás González and Paulo Dybala for the other place. Lautaro Martinez keeps his place. Here is the rumored eleven: