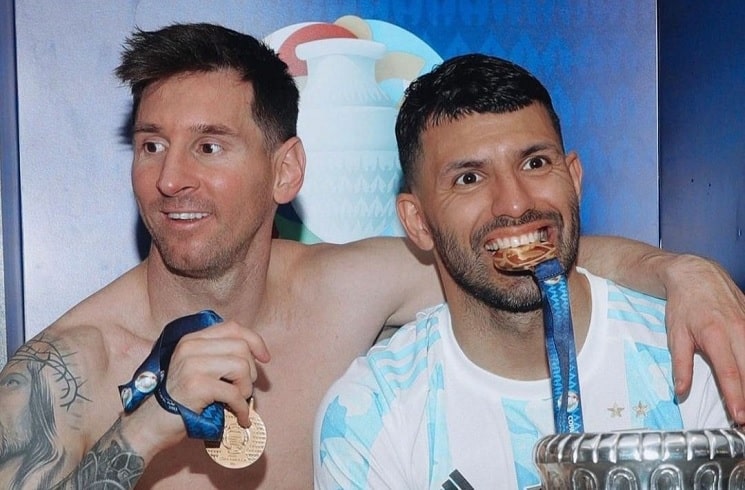 Agüero was forced to retire from football in December of 2021 as he had to stop playing due to health reasons. One of the greatest strikers of his generation, Aguero had several memorable moments in every shirt he wore.

Prior to winning the Copa America with the Argentina national team, he left Manchester City and joined FC Barcelona, which would be the last club he would represent. Speaking in an interview with Radio 10 in Argentina, Agüero spoke about several topics. One of which was the 2022 World Cup in Qatar. Here is what he had to say:

“I’m going to the World Cup in Qatar. We are going to have a meeting this week. I want to be there. The idea is for me to be incorporated into the coaching staff, I spoke with Scaloni and Tapia.

“The desire to win the World Cup is there. The team is very confident, Lionel Scaloni found the group.”

In regards to joining FC Barcelona from Manchester City:

“I didn’t go to Barcelona for the money, I wanted to play next to Leo (Messi).”

“I was with the U17 team and we were training with the U20 and Leo was there. I didn’t know who he was. I started to pay attention and I asked him what his name was. He said Messi. That’s where I met him.”

About Argentina winning the Copa America and Lionel Messi:

“Messi was relieved after the Copa America. It was something we were looking towards for a long time.”

“How are the French media going to kill Messi, Leo played well. Were they watching the game with their backs turned?”

He also spoke about his son:

“Benja has the stuff of a footballer. He’s right footed, he’s a playmaker. He has a bit of Kun and a bit of Maradona.”

And about being a kid:

“When I was 12 years old, I went to watch Boca Juniors to see Juan Román Riquelme. As a kid, I wanted Javier Saviola’s boots.”