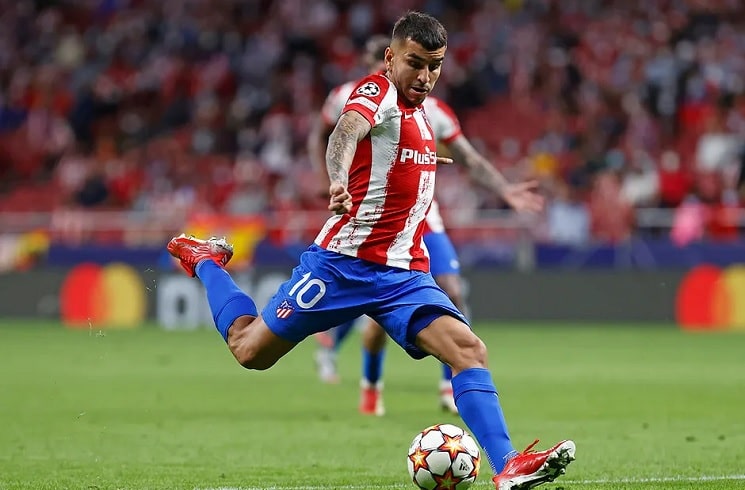 Angel Correa started the match for Atletico Madrid while Rodrigo De Paul was on the bench in their 1-1 draw vs. Manchester United.

Correa started for Atletico Madrid while Rodrigo De Paul remained on the bench. While Correa wasn’t able to score, the Argentine did speak to the media after the match. Here is what he had to say about his personal season:

“I’m happy on a personal level for continuing to grow and to help the team, I hope to continue improving in this way.”

Rodrigo De Paul was an unused substitute in the draw. He was not part of the team in their last league match against Osasuna and only played 65 minutes in the match prior to that against Levante.

The other match in the Champions League on Wednesday saw two Argentine players starting and one as a substitute. There was a clash of heads between Nicolás Otamendi and Lisandro Martínez, a match in which both players played the full 90 minutes. Nicolas Tagliafico was brought on as a substitute.