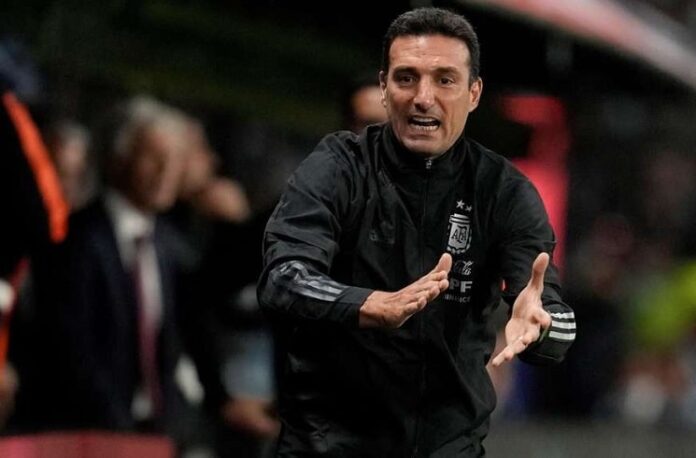 Lionel Scaloni has coached Argentina to a Copa America trophy and will want to coach them to World Cup glory. He is presently in Qatar for Friday’s World Cup draw. Speaking in an interview with TyC Sports, he commented on the draw itself. Here is what he had to say:

“Why should I be nervous? In the end, whoever is drawn is drawn, we can do a lot. After the draw, we look and see which rivals we got. Before, I used to take it differently, now I’m a little more calm and it will depend on what the person who draws has to say.

“We know how every one of them plays, we have analyzed them and saw them but not to pick. That never works out, thinking if I would like one team over the other.

“Whatever comes out of the draw and afterwards we will have to face it in the best way and I am convinced they will all be difficult.”

Scaloni also spoke about some players being left out of the team:

“We are open to players being able to join, it’s obvious in a team like ours. There’s a multitutde of players and between everyone, we have not been able to have the same list of 26 players.

“We have always had great players and some have already been left out in previous World Cups. That’s going to keep happening.

“It can happen that a player has a very good start to a season and gets our interest to give us a plus. Logically, the team and the group are fine and we will respect that’s happening so far. But we are open to what can happen.”