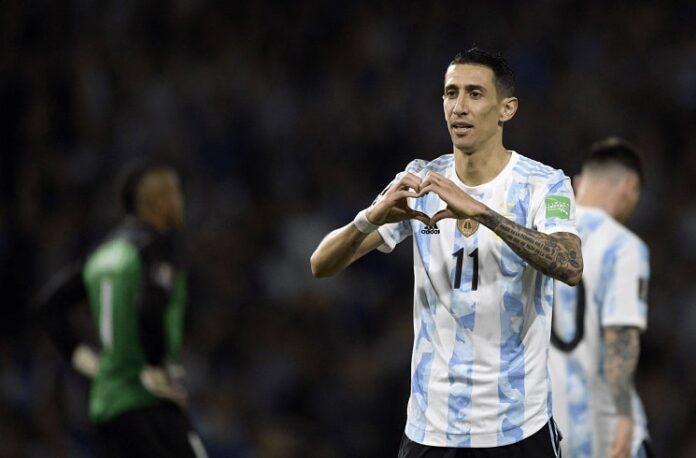 However, Di Maria is arguably playing some of the best football ever for the Argentina national team. In an interview with TyC Sports, he spoke about the World Cup draw and the possibility of players being left out of the team. But he also spoke about Angel Di Maria. Here is what he had to say:

“I don’t know if it’s Di Maria’s best moment with the national team but it is the one in which he is most recognized. He has played unforgettable matches but when he wins a title, it just magnifies it all.

I remember some of his matches in 2012, 2013, 2014, they were honestly unforgettable. It would not be fair to say that this is his best moment but yes, the most recognized because he won (a trophy) and he won it with his goal.

Scaloni also commented on what he told Di Maria after the 2018 World Cup:

“When the 2018 World Cup ended, I was the one who told him: “You don’t have to quit the national team, in any case, let it be the coach who doesn’t call you” and after that, the coach who would end up not calling him was me.

In regards to not calling him to the team:

“We never doubted him as a player or as a person, we have a great relationship. In that time (2019), we had a reason for his absence. Nico Gonzalez started wearing the shirt of the national team and we saw them in the same position, on the left.

“After that, we had Angel on the right because he gave us balance to defend and unbalanced when attacking, so at that moment, we prefered for him not to be called up but nothing more than that happened. We always knew that he was going to be with us.

“He asked to play, something which is logical for any football player and even more for someone of his level.

Regarding the team and opponents:

“At the 2019 Copa America, we played good matches, we had our moments against Brazil, we lost. We started the qualifiers well and then came the Copa America that we won, which we started by not playing well, with some shortcomings in the second halves. That the team could not continue playing in the same way.

“The opponents played us differently than now, they respect us more now. After winning the Copa, everything was gone (the pressure) and we started to play more freely. Everything that we asked of them, they did for 60, 70, 80 mintues or the entire match and now it’s more consolidated.

“I don’t know if there is a disadvantage of not playing against other continents during these years, we would have liked to play them but I wouldn’t call it a disadvantage. We were fortunate to play Germany but they changed coaches. We would have liked to have played against national teams from different continents but I am convinced that our team will face every match the same way and will show face against any rival.”