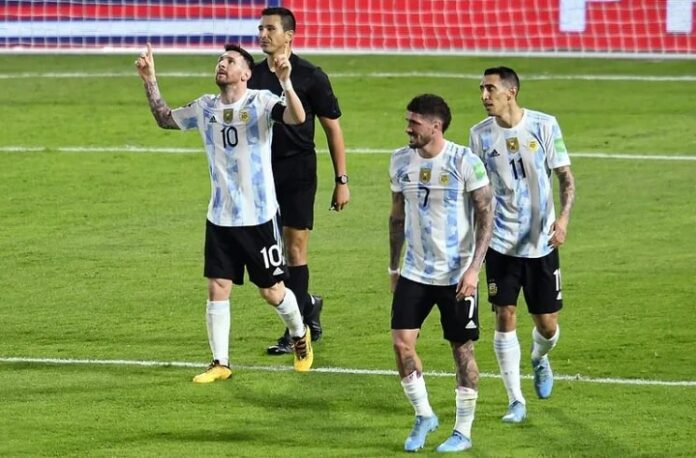 There are rumors of a possible friendly match between Argentina and Morocco.

The Argentina national team only have one friendly match for the month of June. The Finalissima match against Italy on June 1 is the only test for Lionel Scaloni’s team.

With the match against Brazil in Australia cancvelled and the rumored matches against Israel and South Korea not takking place, rumors have surfaced of the Copa America champions playing against the North African team.

With European countries having the Nations League, if Argentina were to play a second match in June, it would very likely have to be against a team from a different continent.

Argentina are presently based in Bilbao, Spain training for the match against Italy on June 1 at Wembley.