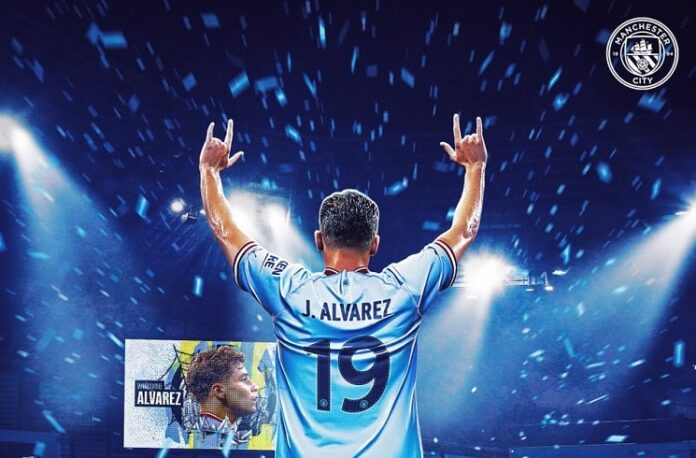 Julián Álvarez has spoken about becoming a Manchester City player.

The forward will wear the number 19 shirt and spoke to the Manchester City website . Here is what he had to say:

“I am incredibly happy and I feel ready to play for City. This is, without doubt, one of the biggest teams in world football. You only have to see what this team has won in the last decade to understand the quality of the setup.

“I feel confident I can flourish here. The style of play Pep encourages is exciting and I can’t wait to be a part of it.

“City has an amazing recent history of Argentinian players and I want to put my stamp on the Club in the same way Sergio Aguero, Pablo Zabaleta and Carlos Tevez did.

“I am so thankful for everything River Plate did for me and I want to thank the fans, staff and players for their support.