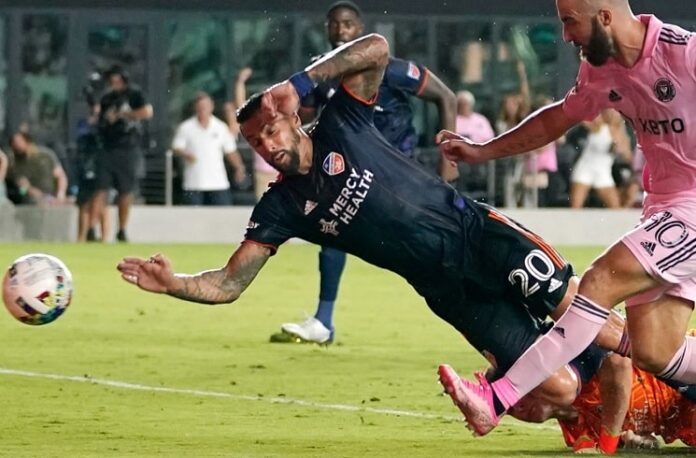 Gonzalo Higuaín scored a hat-trick for Inter Miami in their 4-4 draw vs. FC Cincinnati.

Within 27 minutes, the former Argentina man scored three goals for his team during the first half of the game played in the DRV PNK Stadium. The first one was a free kick golazo as the ball went into the corner of the goal.

In the second one, he dribbled the goalkeeper and then pushed the ball to the back of the net, while he completed the hat-trick by scoring a penalty.

In FC Cincinnati, the Argentine offensive midfielder Luciano Acosta played as captain of his squad. The former Boca Juniors man assisted with a brilliant pass for his team’s second goal.