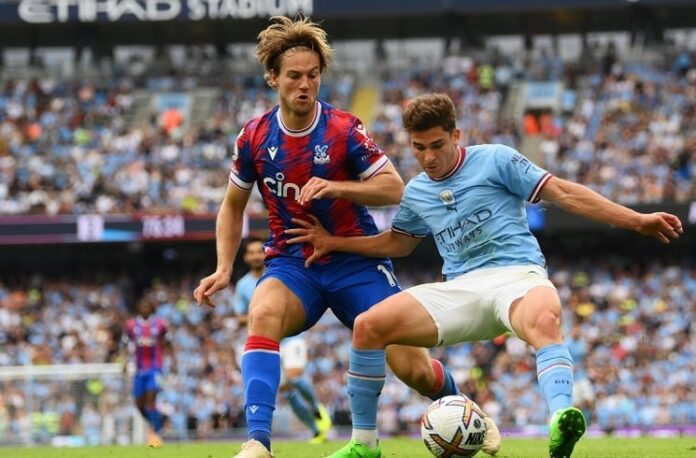 Julián Álvarez was the most fouled player for Manchester City in their 4-2 win vs. Crystal Palace.

Álvarez was brought on as a substitute for Manchester City and was part of the turnaround for Pep Guardiola’s team. He was substituted on with City trailing 2-1 and played a part in the win. And per Argentidata, he was the leader in one statistic.

The Argentine did not misplace one pass for City as he completed 20/20 passes. He was also fouled twice, the most for a Manchester City player in the match.