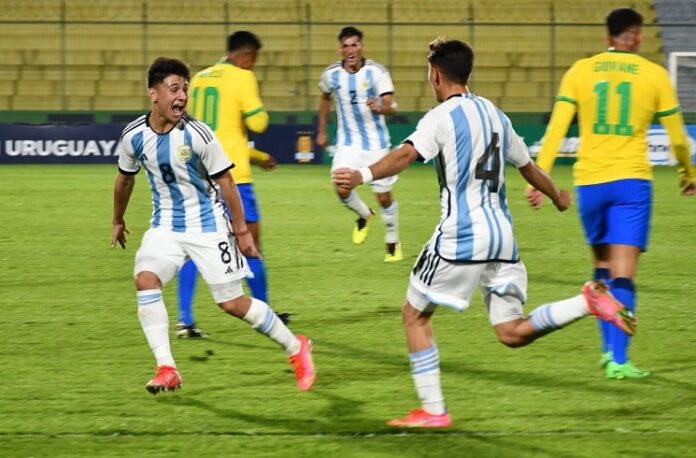 Ulises Ciccioli scored for the Argentina U20 team in their 1-1 draw vs. Brazil.

Javier Mascherano’s Argentina U20 team started off their first of three matches this week with a 1-1 draw. Argentina took a 1-0 lead through Rosario Central’s Ciccioli following a great play by Juan Gauto.

Mascherano’s team also had a man advtantage after Brazil’s Alexander Gomes Da Costa got red carded with only 15 minutes left in the game. Ciccioli spoke to the media after the match. Here is what he had to say:

“We started off on the right foot. It got complicated with the red card but after that we were superior. It was an incredible game. I still can’t believe that I scored a goal against Brazil.

“We are adapting very quickly to what Mascherano is asking us.”

Here was the starting eleven for the game: