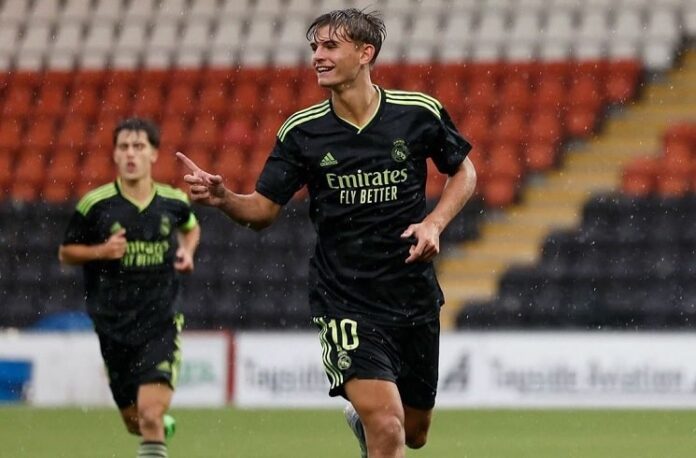 Nicolás Paz scored twice for Real Madrid Juvenile A in their 6-0 win vs. Celtic in the UEFA Youth League.

Paz had two goals as he continues to progress with Real Madrid’s youth team. The return of the Champions League also saw the UEFA Youth League have matches on Tuesday.

Still only 17 years old, Paz has been part of Javier Mascherano’s Argentina U20 team.