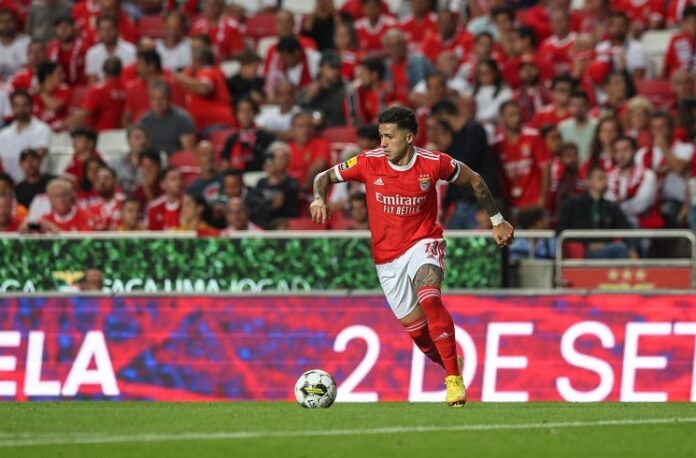 Enzo Fernández of Benfica has been named the August Player of the Month in Portugal.

Fernández won the award in his first month at his new club. The 21 year old joined them from River Plate and got a goal in his first league match against Arouca.

The Argentine won the award not because of his goals or assists, as he only had one goal, but because of his consistency and play. He has started all five league matches for Benfica.

Congratulations to Enzo Fernández of Benfica on being named the Player of the Month in Portugal! 🇵🇹🇦🇷 pic.twitter.com/yc8huNMtq7