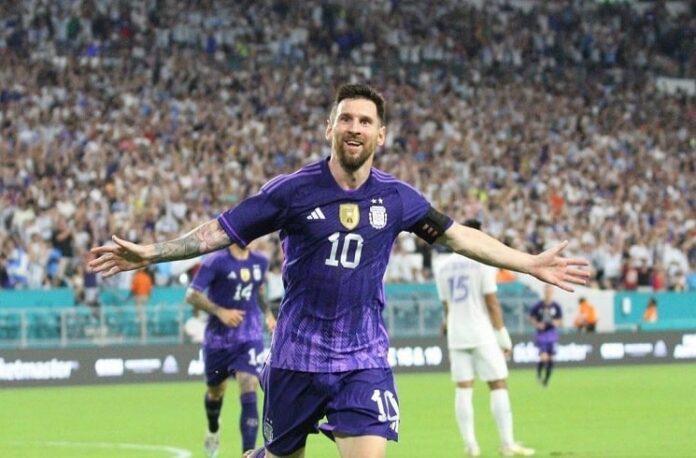 Messi scored two goals for Argentina in the 3-0 win vs. Honduras. And while the spotlight was on him, there were two players who made their Argentina national team debut.

Thiago Almada of Atlanta United and Enzo Fernández of Benfica both wore the Argentina national team shirt for the first time. Mundo Albiceleste was at the media scrum and here is what Messi had to say about the two players:

“I saw them as very good, they are guys we already know. Who already trained with us in the last call-up. Thiago is very fresh, he is a very fast player and can do a lot one on one. He is very sly, he’s not afraid of anyone.

“Enzo is a player with a lot of personality, has a good foot and I believe they are two spectacular players.”

The Argentine also spoke about his current form for his club.

“I feel good, different from last year and I knew that it would be like that. Last year, as I said, I had a bad time. I arrived (this year) with a different head, more used to the club, to the locker room, to the game, the team mates. I feel very good.