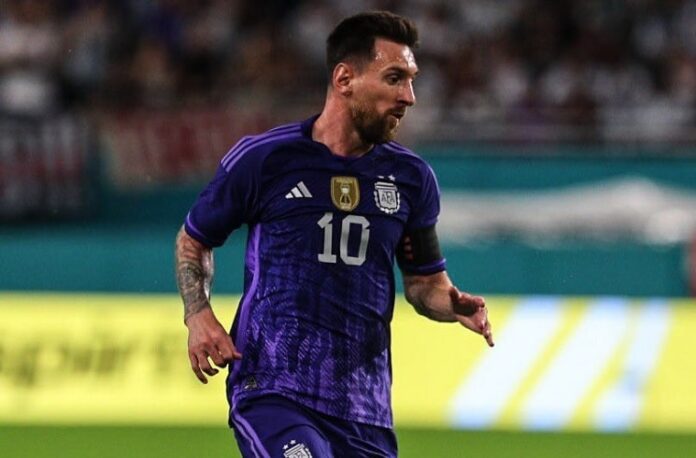 Lionel Messi scored twice, one of which was a chip goal for Argentina in their 3-0 win vs. Honduras.

Messi stole the show the only way he knows how. A great dink pass into Papu Gómez who played a low pass into Lautaro Martínez as Martinez scored to give Argentina the 1-0 lead.

A great start for the Copa America and Finalissima champions. The game was getting physical with several tackles by Honduras, one of which was a shoulder and elbow to the face onto Lionel Messi.

Argentina would get a second goal and it would be Messi to score it. Gio Lo Celso was taken down inside the penalty area and Messi sent the goalkeeper the wrong way as he scored.

The second half saw Julián Álvarez being brought on for Lautaro Martínez after Martínez took a tackle to the face in the first half. Thiago Almada and Enzo Fernández making their Argentina national team debuts.

Fans were treated to a goal that they will forever remember. The ball would fall to Lionel Messi from outside of the penalty area and with a first touch, would chip the goalkeeper.

It was a goal no one will soon forget and one that takes Messi to 88 goals with the Argentina national team. Argentina would control the entire game which would end in a 3-0 win.

THE PASS BY LIONEL MESSI! Great goal and it’s 1-0 Argentina.pic.twitter.com/H1KXD8iAJo