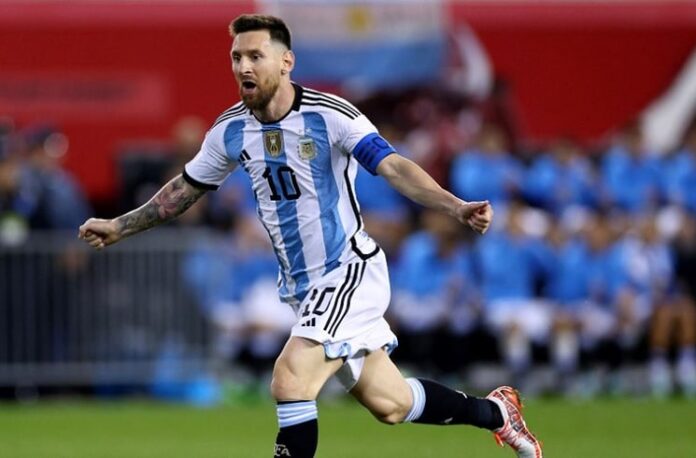 Lionel Messi spoke about his future with the Argentina national team in regards to 2022 in Qatar and previous World Cups.

Messi has taken part in every World Cup for Argentina since 2006, having reached the final eight years ago. Now 35 years old, the Argentine is still one of the best players in the world.

He has won a Copa America with the Argentina national team but has yet to win a World Cup. Speaking in an interview with Star+, here is what he had to say:

“Yes, this will surely be my last World Cup. I won’t be a trainer but Zidane said that and after that he was one and was a Champions League winner. I like the sporting director, building a team, accompanying the coach.

“I feel good, physically, I was able to have a very good preseason that I wasn’t able to have last year. It was fundamental to start it another way and to get there.

“I don’t think about what I have achieved. I’m always thinking about what’s to come. There is anxiety and nerves. We can’t wait for it to arrive. We are in a good moment with an armed and very strong group. But anything can happen. The games are all very difficult.”

“It’s not always the favorites that go on to win it or do what they hope to do. We are not the big favorites, there are national teams ahead of us but Argentina always is. For its history and what it signifies.

“It’s very important to win the first game and it won’t be easy. A lot of guys will be playing in their first World Cup, their first game. Whether you like it or not, you don’t know how each is going to handle it.

“I am counting down the days until the World Cup, yes. There’s a little bit of anxiety of wanting it to be now. And the nerves of saying, well, we are here, what’s going to happen. It’s the last one.

“In 2014, we had a spectacular group, a united one. We didn’t stop until the final, which I think we deserved to win. The penalty on Higuain? Yes.”