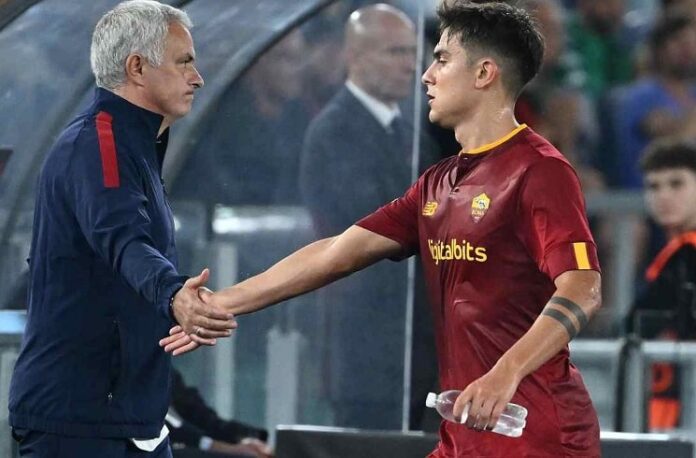 AS Roma coach Jose Mourinho commented on Paulo Dybala’s injury stating that he probably will not be back before the end of the year.

Paulo Dybala injured himself while scoring a penalty for AS Roma and could now be out for the year. AS Roma coach Jose Mourinho spoke to DAZN after his team’s game vs. Lecce. Here is what he had to say:

“Dybala? Difficult to see him again on a pitch before 2023.”

He continues to struggle with injuries and now before the World Cup. According to Gastón Edul, he has a muscle injury and tests will be done to evaluate him.

If Dybala is out for the rest of the year, that would mean he will miss the World Cup with Argentina.