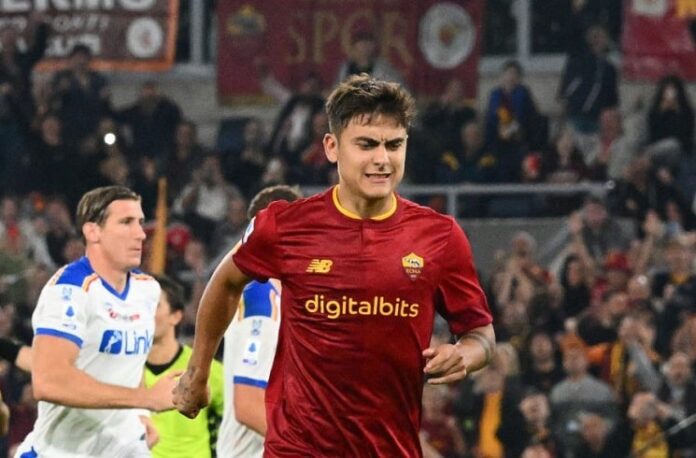 Paulo Dybala scored for AS Roma but got injured vs. Lecce.

Dybala has once more been hit with an injury. AS Roma were awarded a penalty and it was Dybala who took it and scored.

The 28 year old injured himself as he kicked the ball and was substituted after his goal. AS Roma have not provided an update on his injury.

Paulo Dyba scores a penalty for AS Roma and gets injured.pic.twitter.com/6Tg2owRtob