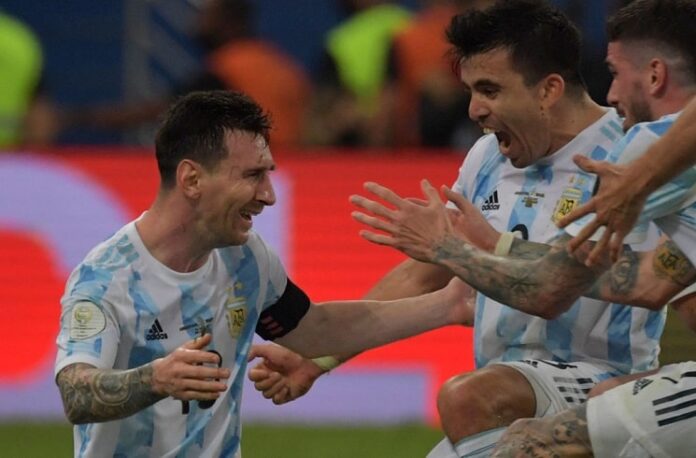 An Argentina Netflix documentary will be released on Thursday with a trailer already posted.

Netflix will be releasing a documentary on Argentina about the 2021 Copa America on Thursday, November 3. The documentary is called “Champions of America” and will have Lionel Messi, Angel Di Maria and the Argentina players talking about it.

“There’s no such thing as coincidence. Did you know that this cup was to be played in Argentina? And God brought us here. He brought it here to lift it at the Maracana, for it to be more beautiful for everyone.”

The trailer for it has been released:

Netflix will be releasing a “Champions of America” documentary tomorrow. pic.twitter.com/H45WvitQm1