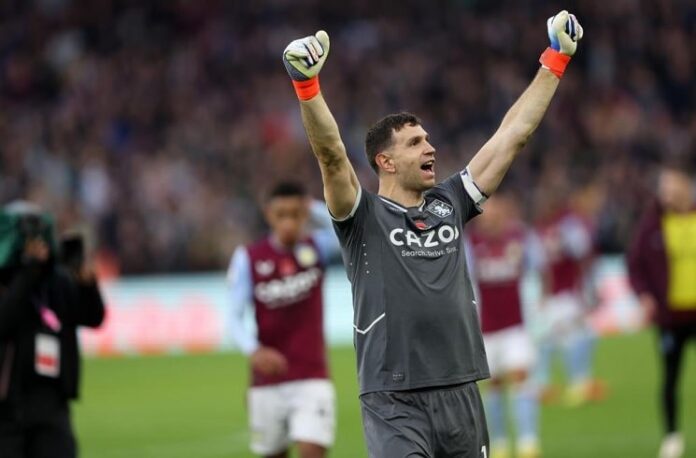 Emiliano Dibu Martínez had to big saves for Aston Villa in their 3-1 win vs. Manchester United.

Dibu Martínez was back in the starting eleven for Aston Villa after being substituted out in their last game. The Argentine made two saves to help Aston Villa get the win.

Cristian Ronaldo had an effort on goal which was also saved. A header by Cristiano but a save by Dibu kept Aston Villa in the lead.