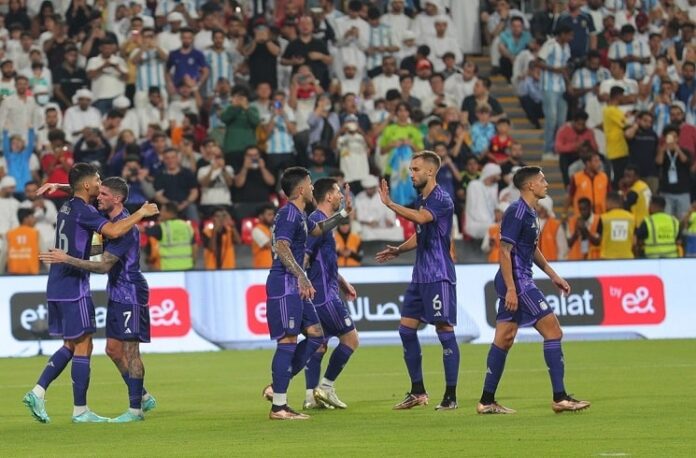 Lionel Messi, Ángel Di María, Julián Álvarez and Joaquin Correa all scored for Argentina in their 5-0 win vs. the United Arab Emirates.

Messi had one goal and one assist in the win and he had the first assist on the goal. He could have scored as he was one on one with the goalkeeper but he played a pass to Julián Álvarez who scored to give Argentina the 1-0 lead.

Ángel Di María had two goals in the game and in typical Ángel Di María fashion, they were not goal of the game worthy. The first goal was a cross by Marcos Acuña and Di María with the volley and it was 2-0 Argentina.

Di María would make it 3-0 as he dribbled around the United Arab Emirates players inside the penalty area and scored. Lionel Messi would go on to get his goal.

At 3-0, Messi would receive the ball inside the penalty area and cut to the right and a right footed effort into the top of the goal made it 4-0 for Argentina. Rodrigo De Paul would get an assist for the next goal.

A through ball by De Paul found Joaquín Correa and he made it 5-0 for Lionel Scaloni’s team. Argentina are now 36 games undefeated. 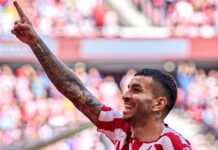 Ángel Correa scores for Atletico Madrid in 2-0 win vs. Almazan