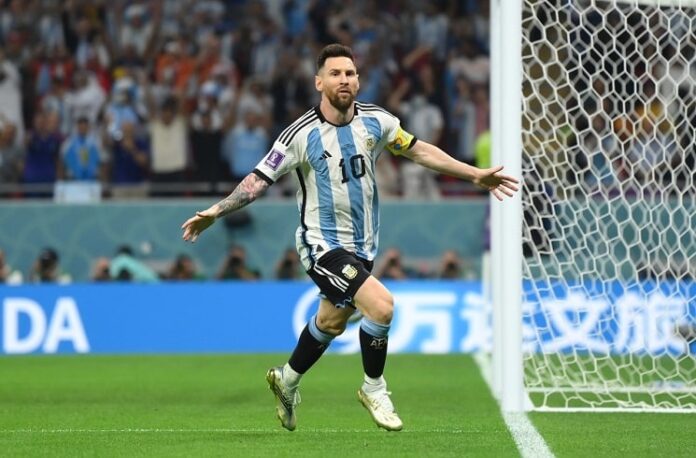 Lionel Messi and Julián Álvarez scored for Argentina in their 2-1 win vs. Australia.

Argentina are in the quarter finals of the World Cup. It was a match in which Argentina didn’t create too many chances in the first half but still managed to score.

Messi took a free kick and in the play, the ball fell to Nicolás Otamendi who passed it to Lionel Messi as he scored to give Argentina the 1-0 lead. That was Messi’s first goal in the knockout stages of a World Cup.

The second half started with Argentina in control. Constant pressure by Julián Álvarez paid off.

Australia had the ball in their penalty area as both Álvarez and Rodrigo De Paul pressured the goalkeeper. Argentina would win the ball and Alvarez would score to double Argentina’s lead.

With the clean sheet intact, an effort on goal which was going high and wide by Australia took a deflection off Enzo Fernández and beat Emiliano Martínez. Australia started attacking and Argentina started to get more chances.

Lionel Messi played what was probably the best performance of anyone at this World Cup. A great run down the middle and another one which he passed it to Lautaro Martínez but Lautaro’s effort would go high and wide.

In what was one of the last attacks of the game, Australia had an effort on goal from inside the penalty area but Emiliano Martínez made the save and sent Argentina to the quarter finals of the World Cup.