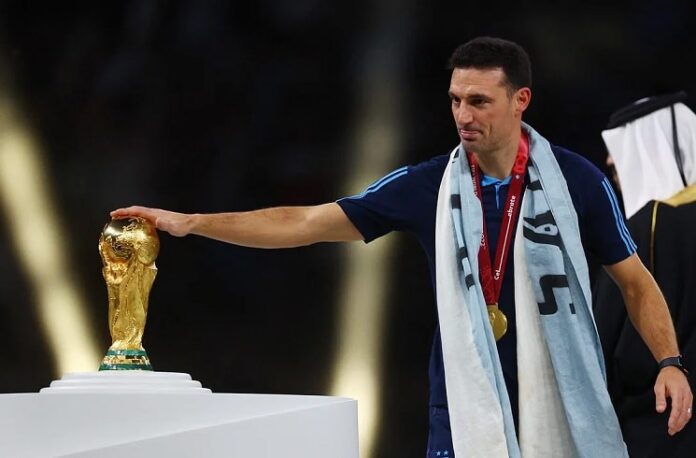 Lionel Scaloni’s agent is set to meet AFA president Chiqui Tapia in hopes of Scaloni remaining as the coach of the Argentina national team.

Scaloni has already done it all as coach of Argentina. He won the Copa America, he won the Finalissima and now he has won the World Cup. And according to Gastón Edul, negotiations are expected to start in the coming hours or days for him to remain as coach.

There was a verbal agreement that was in place in September but Scaloni’s agent will meet with AFA president Chiqui Tapia to close up the negotiations. With the World Cup prize money of several millions of dollars, it could also be that Scaloni, along with his coaching staff, would get better wages.