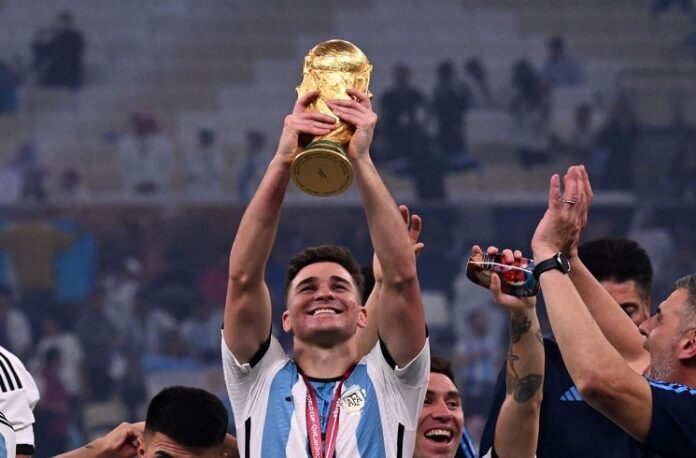 Pep Guardiola continued his praise of Julián Álvarez after winning the World Cup.

The Manchester City boss had nothing but nice things to say about his striker and World Cup champion. Julián Álvarez has not yet returned training with Manchester City but that has not stopped Pep from talking about him. Speaking at a press conference, here is what Pep had to say:

“Julián is completely different [to Lionel Messi], he doesn’t need to win the World Cup to know exactly how he is as a player. For him it is unbelievable that he is already a world champion. Thanks to Argentina he will come back as a better player and that is magnificent for us.

“What I can say is we are so happy for Julián, What an experience. Our player will be perfect for us.”