The preliminary list of 57 players for Argentina’s Olympic squad has been announced.

For the first time under Tata MARTINO, Mauro ICARDI makes a list.

The list will have to be cut down to a final 18, with an additional 4 on standby should an emergency come up. 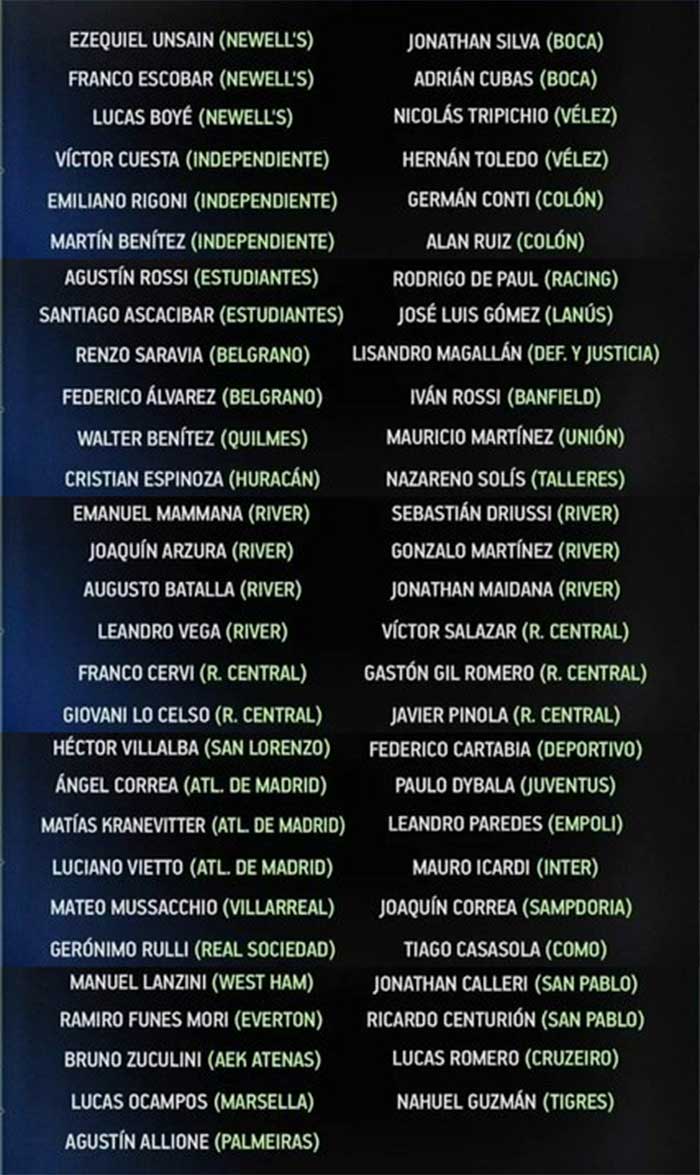