As we reported last week, Mundo Albiceleste had gotten the squad numbers for the Olympics.

Today, the AFA confirmed the numbers. The big news is that Manuel LANZINI, despite being out of the tournament due to injury, is still included and has the number 7 shirt. I remains to be seen if PAVON (should he get called as a replacement to LANZINI’s injury), who previously had number 19, will receive LANZINI’s number 7 shirt or take the number 19 as his own. 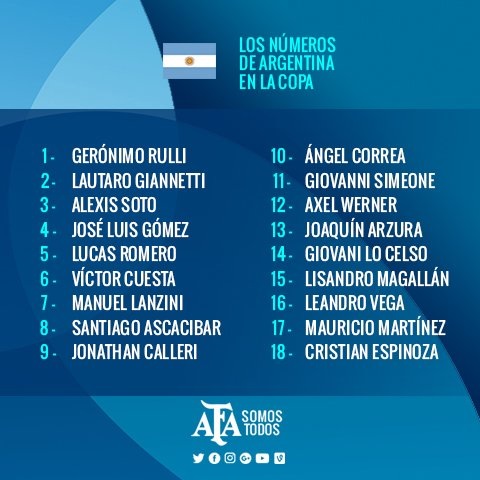