Throughout the years (more lie decades), there’s been a lot of Argentine players to make the switch over the Atlantic.

But a recent one has triggered Velez Sarsfield to report Manchester City to FIFA after the English club signed him at the age of 16 back in July. City signed GARRE (grandson of 1986 World Cup winner Oscar GARRE) but the Argentine club aren’t happy with the way it went down.

The rules laid out by FIFA over signing youth players prevent clubs from signing a player who is under the age of 16 (if they are outside of the EU). The situation appears to be that City are being accused of approaching GARRE when he was still 15, thus potentially breaking a FIFA rule. Velez Sarsfield president Raul GAMEZ had this to say (credit to quotes from The Telegraph):

“What is most important in these cases is the formation and development of the child, in a supportive environment, above economic or strictly sports interests. It is crazy to think that our youngsters can find themselves in a situation of vulnerability or abuse in a foreign country, without their family or somebody to protect them.”

“We consider Manchester City is a club that cannot violate the regulations of Fifa and even less act with bad faith. We are interested in protecting the child we have been educating since he was 11 and therefore, if necessary, we will appeal to the Court of Arbitration for Sport.”

Here are the three restrictions to the rule which would allow a club to sign a player under the age of 16:

GAMEZ stated: “None of these exceptions apply to Benjamín GARRE, who travelled to England without his parents.” 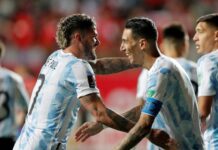 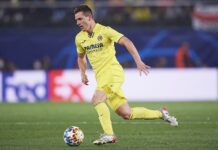 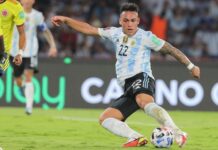