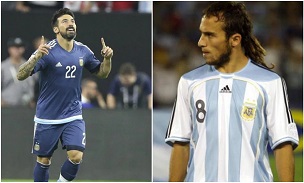 Edgardo BAUZA has decided to call up two new players for the next two World Cup Qualifiers against Brazil and Colombia in November.  As Paulo DYBALA will not be available, he decided to call Fernando BELLUSCHI and Ezequiel LAVEZZI. We know that LAVEZZI had injured his arm at Copa America 2016.  He was actually at their last training camp but what was not officially called up.  What do you guys think of these new call ups?  We vitally need points in these next two matches. Will they be useful?  What do you guys think?