It has been a busy day for everyone in the AFA offices with regards to the exit of Edgardo BAUZA as Argentina’s manager and the search of who is going to take the hottest seat in Argentine football.

Well if the AFA feels they already have enough on their plate to deal with, they just got a few millions more!

According to TyC Sport, Jorge PAUTASSO, Adrián CORIA and Raúl MARCOVICH (Tata MARTINO’s coaching staff in the National Team) have just filed a lawsuit against the AFA. It is said that the lawsuit is pertaining unpaid salaries, amounting to over three million dollars! 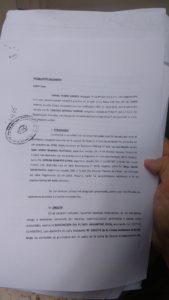 It should also be noted that the AFA still owes Tata MARTINO over 13 months worth of salary.