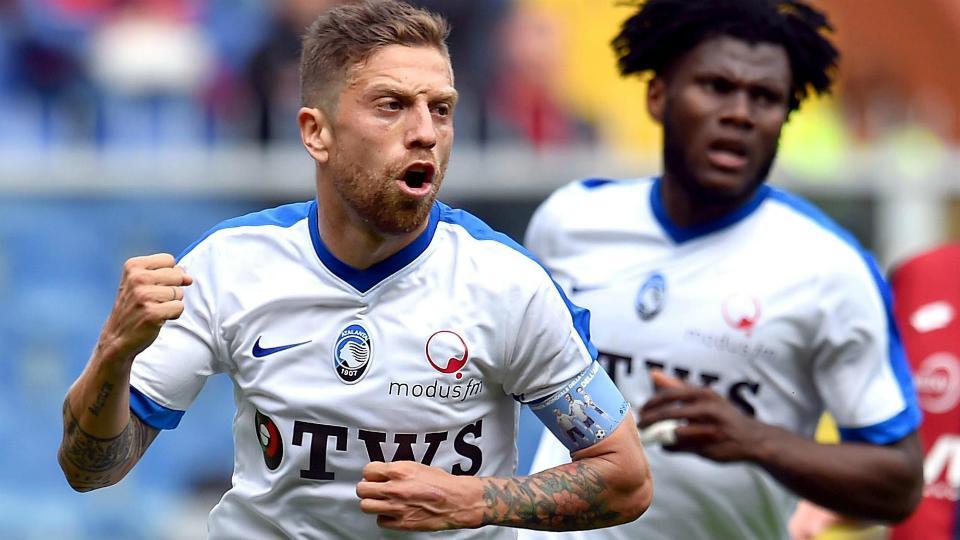 Papu GOMEZ talks not being given a chance with the Argentina National Team.

The man of the hour at Atalanta, the captain Papu GOMEZ had a lengthy interview with La Nacion where he discusses the Argentina National Team, him not being called-up, the Argentinian Primera and much, much more. Here’s what he had to say:

“In a way, it’s normal that I’ve never been called. If we think about it, DYBALA is a substitute with Argentina and he’s the best player at Juventus. We have great players everywhere. DI MARIA, MESSI, HIGUAIN, AGUERO… Obviously there isn’t a place for everyone.”

“But sometimes I say this: It’s been a few years that I am in Europe, I’ve maintained the same level, I can play in many positions… Here in Italy, everyone tells me “How is it that you have never been called to the Argentina National Team”. They see me everyday and over there, they don’t see me as much, I understand it’s complicated. But there have also been a few coaches too. None of them have seen me? SABELLA had his players, MARTINO had his players, BAUZA knows PRATRO, he knows BUFFARINI… And BUFFARINI and PRATTO were called. When were players that are not known going to be called? And I’m not only talking about me. Look: PEROTTI is bossing it in Roma, Gonzalo RODRIGUEZ is the captain of Fiorentina, Leandro PAREDES is also bossing it at Roma, FAZIO is also doing very well… There’s the case with ICARDI… It’s not just me. In Spain, there’s Pablo PIATTI… How long has PIATTI been playing in Spain’s first division? And he has barely had a chance with the National Team.”

“In the past few years, very little players that play in the Italian league have been called and here we play the most difficult football in the world. It’s unique learning. It’s not the prettiest but it’s the most difficult. Why? Because we have shit pitches and shit teams but tactically are astute, they study you to the smallest detail and complicate things for you. The other day we played Bologna, a team where there’s almost a 30 point difference in the standings and you weren’t able to tell that one was number 5 in the standings and the other in relegation.”

If he feels those are enough reasons for him to dream of getting an Argentina call-up:

“I’m 29 years old, I feel mature and I feel like today, I can go one on one with anyone that is currently on the National Team. I don’t feel inferior to anyone. I’ve been showinf that for a while and this year even more. It’s time that they give me a chance. After that, you have to play. Because they can call you up 300 times but if after that you only play once, it’s difficult.”

“There they have GAITAN, LAMELA and at the time Ricky ALVAREZ… They were called-up several times but in the end played very little. It’s very difficult if you go in and you barely play 10 minutes. How can you show what you’re capable of doing?”

But also there’s HIGUAIN, AGUERO or DI MARIA who play almost every match for their clubs…

“It’s very contradicting, I know. How would you not call up HIGUAIN who is the best forward in Italy? These guys made the last three finals and you have to tip your hat off, they’ve had spectacular years… But now you have to look at what they dofor the National Team and not what they do for their clubs. There you have AGUERO, who’s on the brink of breaking the goal scoring record at Manchester City… What can you tell AGUERO if he’s doing great at City? It’s time to evaluate him for what he does with the National Team, because although they do well for their clubs, if they don’t do the same for the National Team…”

Do you not feel valued enough to get to the National Team?

“Between BAUZA, MARTINO, SABELLA and MARADONA, I don’t know how many complete matches of mine they have watched. Did they watch three full 90 minute matches of Papu GOMEZ? I don’t think so. To tell you the truth? I don’t think. But well, in the last few call-ups, ACUNA and BELLUSCHI were called-up to the team. And how come? Because they watch them every Sunday there, on the pitches in Argentina.”

Do you think the groups has an influence on the team so there’s no changes? You were a team mate of DI MARIA, AGUERO, BANEGA, ROMERO and MERCADO at the U20 World Cup in Canada…

“Yes, I know them but I don’t have a friendship with them. The only one who I’m friends-friends with is ANDUJAR. I know them all, I know the ins because they tell me, because I’m in the footballing world, because I had 5 or 6 years in the middle of the AFA with the young players and I know them all, the medical team, they’re all the same ones from when I was there… And I don’t think the players have an influence. You have to have a coach with enough of a personality to say: “Look, I’m not calling you up for this or for that…” A coach that comes and says “ICARDI is getting called-up becaus he’s doing well, period.” That’s it. What would he have to explain? It’s the coaches that are always calling up the same players. It’s not the fault of the players.”

What’s your opinion on SAMPAOLI and what do you expect from him?

“To me, he looks like a coach that is very prepared, it’s been a few years that he has shown what he is capable of doing. He’s a coach with personality who has the same way of thinking like that of BIELSA.”

What do you think was done wrong in the last few years?

“In Argentina, they didn’t think about the future. Look at Italy who are betting on the young players. You’re missing the generation that fills the gap, imagine that they wanted me and I’m not even great. They changed an entire generation, from the 2006 World Cup winning team, there’s only BUFFON and DE ROSSI that are still there.  After that you have BELOTTI of Torino, Gagliardini who plays with me and is 23 years old. They’re full of kids. Within one or two World Cup’s, they’ll have a great team because they’ll have played about 80 games (for Italy) at the ages of 28 or 29 years old. We did that too, we had AYALA, HEINZE or SAMUEL with DI MARIA, MESSI, AGUERO… We have to go back to the kids.”

They did it with DYBALA…

“He’s great, great. Here in Italy they gave him a lot of praise, even more after eliminating Barcelona. Juventus rejuvenated and will always remain a top club because today he is among the top 10-15 forwards in the world. And he’s young, he’s 23 years old, he has his future ahead of him.”

“He’s a great finisher. Sometimes they’ll criticize him because he doesn’t take much part in the play, but in Inter’s 4-3-3, the system doesn’t ask much of him to take part in the play. Him, in the area, will kill you. He’s very good in the air, he attacks the posts well and shoots with his right and with his left. He has 24 goals this season and his team isn’t even fighting for the title. He belongs to the new generation of players that today we have to start believing in.”

He’s the best forward in Italy. And is among the top in Europe. He plays, he moves well in the spaces and he makes the runs. He’s more complete. And he’s still efficient. His goalscoring ratio is just as tremendous.

Catania, Metalist, Atalanta… Is there still time to play for a top club in Europe?

Yes. I feel like it’ll happen. I have a contract until 2020, I have a very good relationship with those at Atalanta and they know that if a top club comes, a top three club, I would like to listen to their offers. Here, I’m very well, the people make me feel very well but it would be a personal challenge.

Would you go back to play in Argentina?

No, it doesn’t attract me. I don’t like it, I don’t pay much attention… I don’t like the internal stuff, it gives me stress. Here, last season we had 14 matches without winning and nothing happened. What’ll happen? Nothing, you play bad, you lose and that’s it. It’s a game. It’s football. The Belgrano fan who died after being thrown off the bleachers, that happened everywhere. Here it was an embarassement. Between what happens in AFA and in the stands… No, no it can’t be. I don’t have any interest in going back. And I have a lot of former team mates who have gone back and told me ‘please, if you feel like you can stay, stay. What will you go back for? Stay until they get rid of you, is what they tell me. Every transfer market there’s coaches from big clubs who call me asking if I want to go back and the answer is always the same. Thank you for the interset, but no.