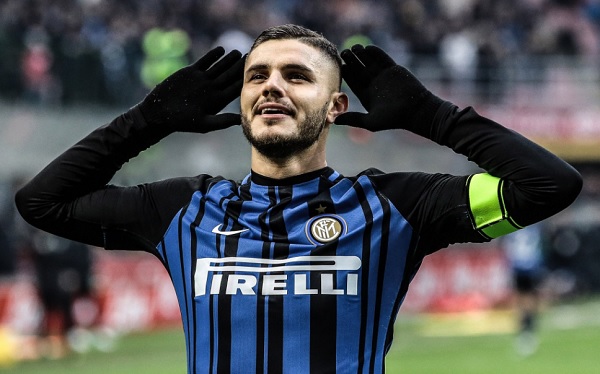 Both Mauro ICARDI and Gio SIMEONE scored on Friday in a 1-1 draw involving Fiorentina and Inter.

Mauro ICARDI made it 18 goals in 20 matches in Serie A this season after he scored for Inter to give them a 1-0 lead away against Fiorentina. ICARDI’s goal came in the 55th minute when his headed shot was stoppe by the goalkeeper but the Argentina number 9 got his own rebound to give his team the advantage.

The goal was ICARDI’s 100th league goal of his career. He scored 90 goals for Inter and 10 goals for his previous club Sampdoria.

There was a second goal in the match and it came very late in the 91st minute courtesy of Giovanni SIMEONE. The opposite number 9 scored his seventh of the season in 20 matches after he was left alone in the area and his shot went high into the back of the net.

The draw takes Inter to third place with 42 points but AS Roma are hot on their trails with 39 points and 18 matches played. For Gabriel BATISTUTA’s old team, the draw takes them level with Udinese on 28 points (8th in Serie A) with Alejandro GOMEZ’s Atalanta right behind them on 27 points in 9th position.