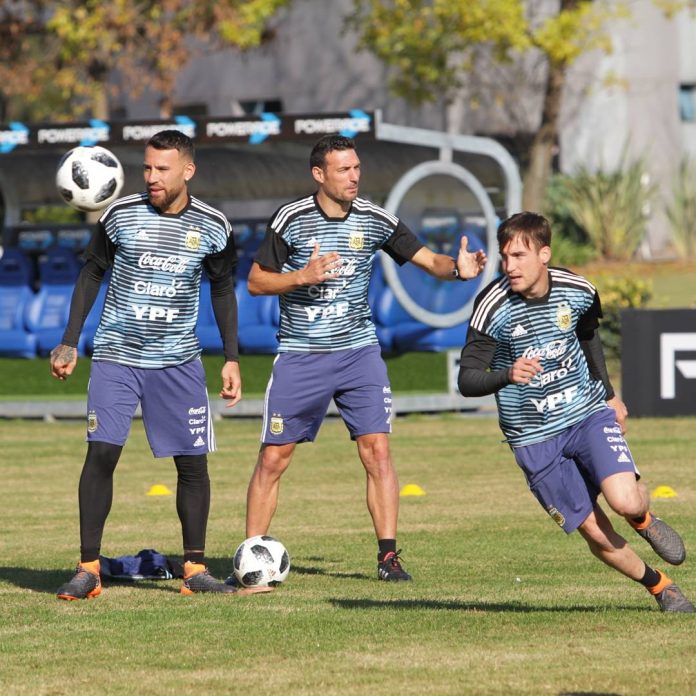 Argentina coach Jorge SAMPAOLI has opted to go for a different line-up on Friday with his team.

With Maxi MEZA joining the squad on Friday, coach SAMPAOLI now has all of his 23 players at his disposal. With everyone available, he put up the following ten players in training:

Compared to Thursday’s training session where SAMPAOLI had this: