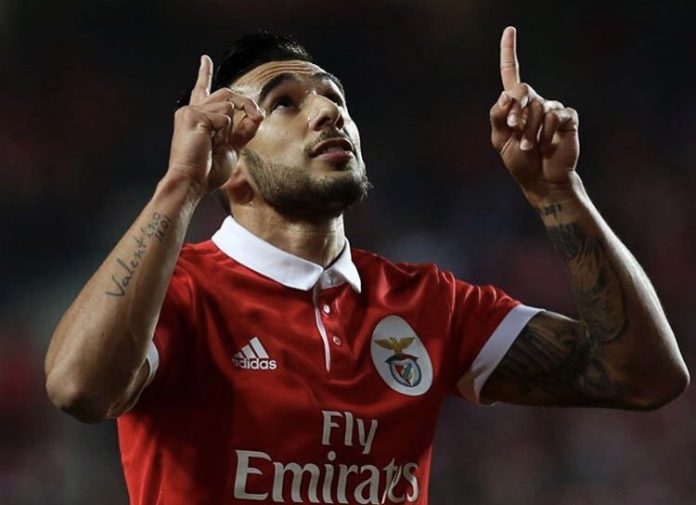 The European club pre-season is well under way and we already have a few goal scorers, those playing at Benfica and one at Stuttgart.

Eduardo SALVIO’s vacations were very short lived after his World Cup campaign with the Argentina National Team and he’s back scoring goals for his club side Benfica. It wasn’t just SALVIO who was on target but Franco CERVI as well as newly signed German CONTI. Benfica picked up a 5-0 win against Swindon Town.

Youngster Nicolas GONZALEZ found the back of the net twice for his new club Stuttgart in a 3-3 draw against FV Illertissen. The 20 year old former Argentinos Juniors man recently signed with the Bundesliga team earlier this month on a five year contract. While no video appears to be available of the goals, it’s not a bad way for a forward to introduce himself to his new club.