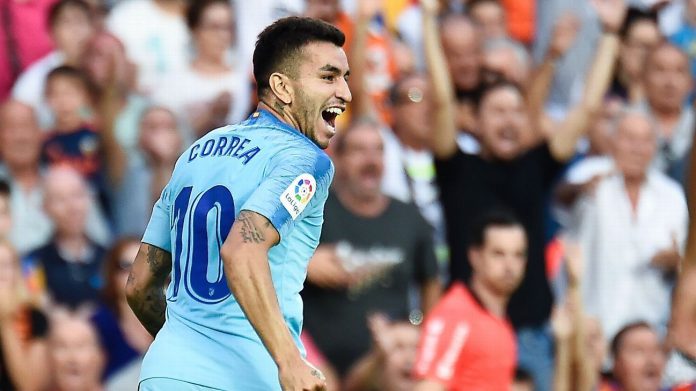 The fine form of Angel CORREA finally resulted in a deserved goal as Atletico Madrid drew 1-1 against Valencia. The goal was Atletico’s first of the season with an assist by Antoine GRIEZMANN. Ezequiel GARAY had to be substituted off with a knock in the second half.

Fellow Argentina international Alejandro GOMEZ scored twice and had two assists for Atalanta in their 4-0 win against Frosinone. The Atalanta captain, who finished last season with nine goals in total is already on two goals in Serie A for the campaign.

2+2 – Alejandro Gómez scored 2 goals and provided 2 assists yesterday in #AtalantaFrosinone: the last player who managed to do it in a Serie A game was Edin Dzeko in February 2016. Protagonist. pic.twitter.com/ITJ4JXUMEQ

Jonathan SILVA opened his account in La Liga for Leganes in their 2-1 loss to Athletic Bilbao. The former Sporting man joined Leganes on a loan deal. Both teams were coached by Argentine’s as Leganes had Mauricio PELLEGRINO on the touch line while Eduardo BERIZZO managed Athletic Bilbao.

Rodrigo DE PAUL scored and was a star figure for Udinese in their 2-2 draw against Parma. DE PAUL’s goal came off a penalty and was Udinese’s first of the match. The former Racing Club and Valencia man received positive reviews for his work rate and performance during the match.