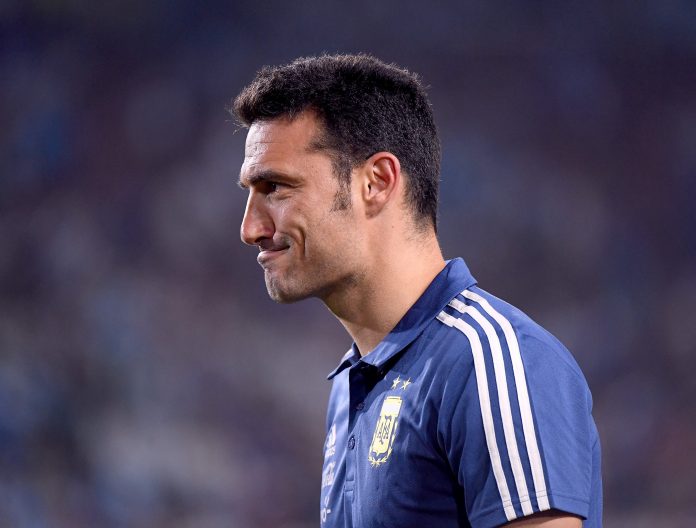 Ahead of his team’s friendly match against Colombia, Argentina coach Lionel SCALONI spoke at a press conference about a number of topics.

One of the subjects discussed by SCALONI was that of Angel CORREA. The Atletico Madrid forward missed Argentina’s last two training sessions due to injury and is a doubt for the match. The question mark in regards to the starting eleven is that of Paulo DYBALA. He could be replaced by Exequiel PALACIOS in the eleven that would start the match. Here’s what SCALONI had to say about it all:

“There are a few doubts still in the team. We will see how Angel CORREA is doing.

“Beyond the opponent, we have our own idea. I’d like to stress that the changes we make are not due to a bad performance. We are very happy with SIMEONE. In ICARDI’s case, we all need his goals.

“Hopefully tomorrow we will have a great match but more than that we want to keep seeing and adding more players.”

In regards to the starting goalkeeper, Franco ARMANI is expected to play the full 90 minutes.

“The idea is that ARMANI plays the whole match. Chiquito (Sergio ROMERO) came here to be with us, for us to see how he’s doing which is very good. He’s an excellent goalkeeper.”

About having a squad which hasn’t played many matches with the Argentina National Team.

“Anxiety is controlled by playing more matches. There are players that are 18 or 19 years old and are capable of handling anxiety, for that reason they are great players.

“We have to be able to maintain our concentration against an opponent that is among the best in the world. It’s great that these kids can play against them.”

“It’s obvious that when the best player in the world isn’t there on the pitch, most of all if he is Argentine, the team loses (something).

“Out of the players which came, some kept the numbers they had at the World Cup. It (the number 10 shirt) is MESSI’s until he says if he will come back or not. We don’t have anything negative and for that we took the decision that no one uses it, but we will see in the future.

“The idea is to put together a team that if one day he is there, he feels comfortable. Most of all, we want to build a team of kids that understands what it is to play with this shirt.”