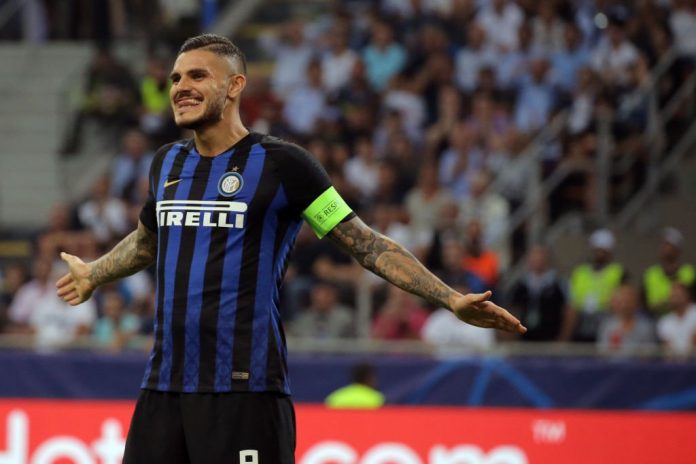 Mauro ICARDI scored for Inter in their 2-1 win against Tottenham in the Champions League.

It was his first ever match in Europe’s premier club competition and Mauro ICARDI delivered with a fantastic goal. Tottenham were leading 1-0 at the San Siro through a goal by Christian ERIKSEN. With five minutes from time, ICARDI received the ball outside of the area and with a volley beat the goalkeeper and drew Inter level.

Absolutely stunning volley by Icardi to equalise against Tottenham pic.twitter.com/dSZGtgGiHs

Since he arrived at Inter Milan, Mauro Icardi has scored 108 goals in 186 games.

He is only 25 years old. pic.twitter.com/sGdy1kGSSm

Late in injury time, Matias VECINO gave Inter the lead to down Mauricio POCHETTINO’s men. Erik LAMELA started the match for Tottenham. Lautaro MARTINEZ did not play for Inter.