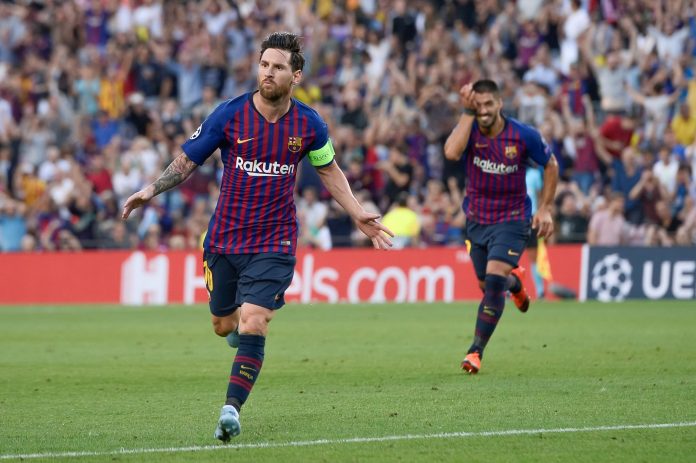 Lionel MESSI scored a hat trick for FC Barcelona in their 4-0 win against PSV Eindhoven in the UEFA Champions League.

The FC Barcelona captain kicked off the UEFA Champions League campaign in style scoring three sensational goals. MESSI’s first goal was a free kick which he curled over the wall and into the top corner of the net.

MESSI’s second goal was a first time touch. He received the ball from Croatia’s Ivan RAKITIC and from inside the area slotted it passed the goalkeeper for Barcelona’s third of the night.

The little magician went on to complete his hat trick in style, a ball once more into the area and MESSI beat the goalkeeper to make it 4-0 for the Catalan club.